TCU Bosch ZF9HP and ZF8HP, Continental DL382 and Delphi MT86. New protocols for reprogramming and cloning on bench and in boot mode.

Latest updates and news from the Alientech world!

The update involves four new gearbox control units. The modes are Boot Mode and Bench Mode which will allow you to read, write and clone these TCUs:

The tools you can count on for efficient, fast and safe work are K-TAG and the new born KESS3. We give you everything you need to intervene in the best possible way, even on the gearbox control units.

You will have the opportunity to take care of all the aspects concerning the reprogramming of the engine and gearbox control units: starting from the repairs up to the optimization and parameters customization!

These TCUs are also supported by K-TAG. 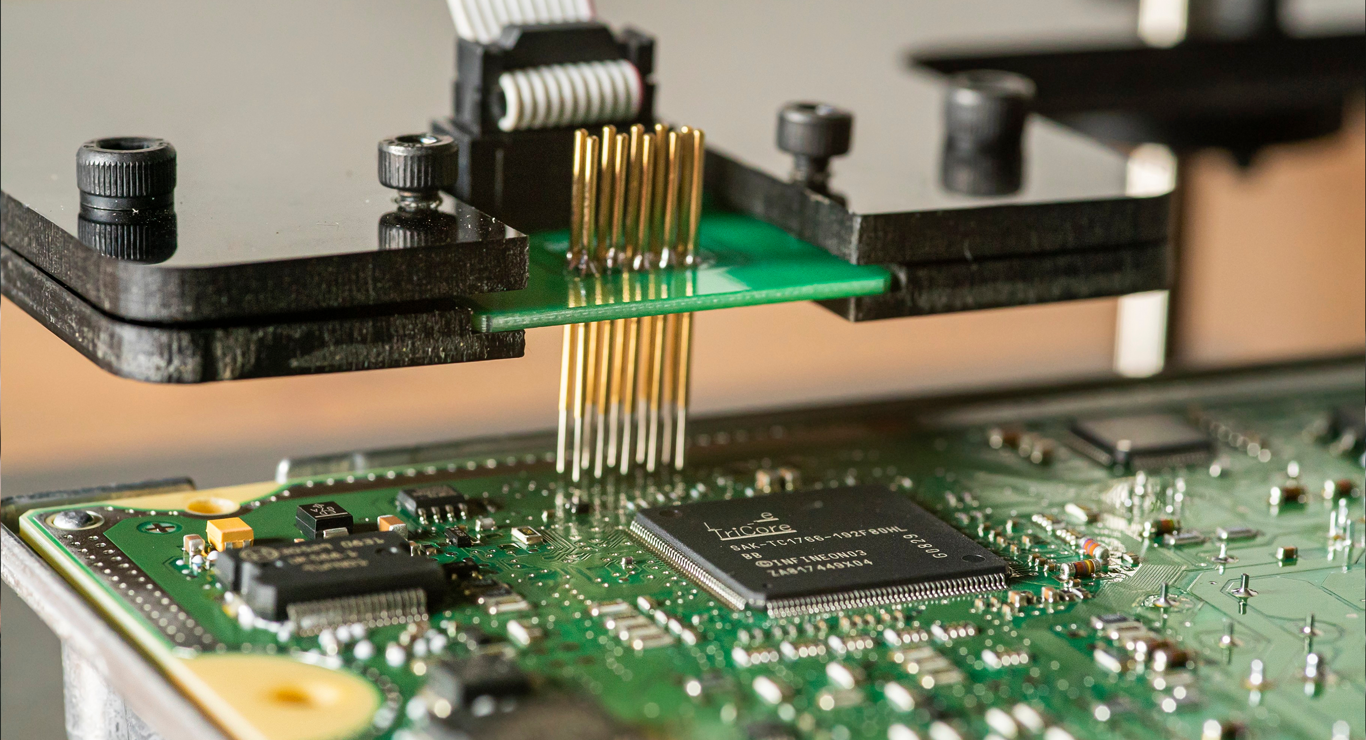 Thanks to the possibility of total reading and writing you can satisfy even more customers because you can repair the gearbox control unit, thus avoiding having to replace one of the most expensive components of the vehicle. A great advantage for the owners of the vehicle and certainly also for your business.

The Bench Mode protocols that we offer you are the most concrete and real answer: we give you reliable solutions that make your work faster, easier and safer. 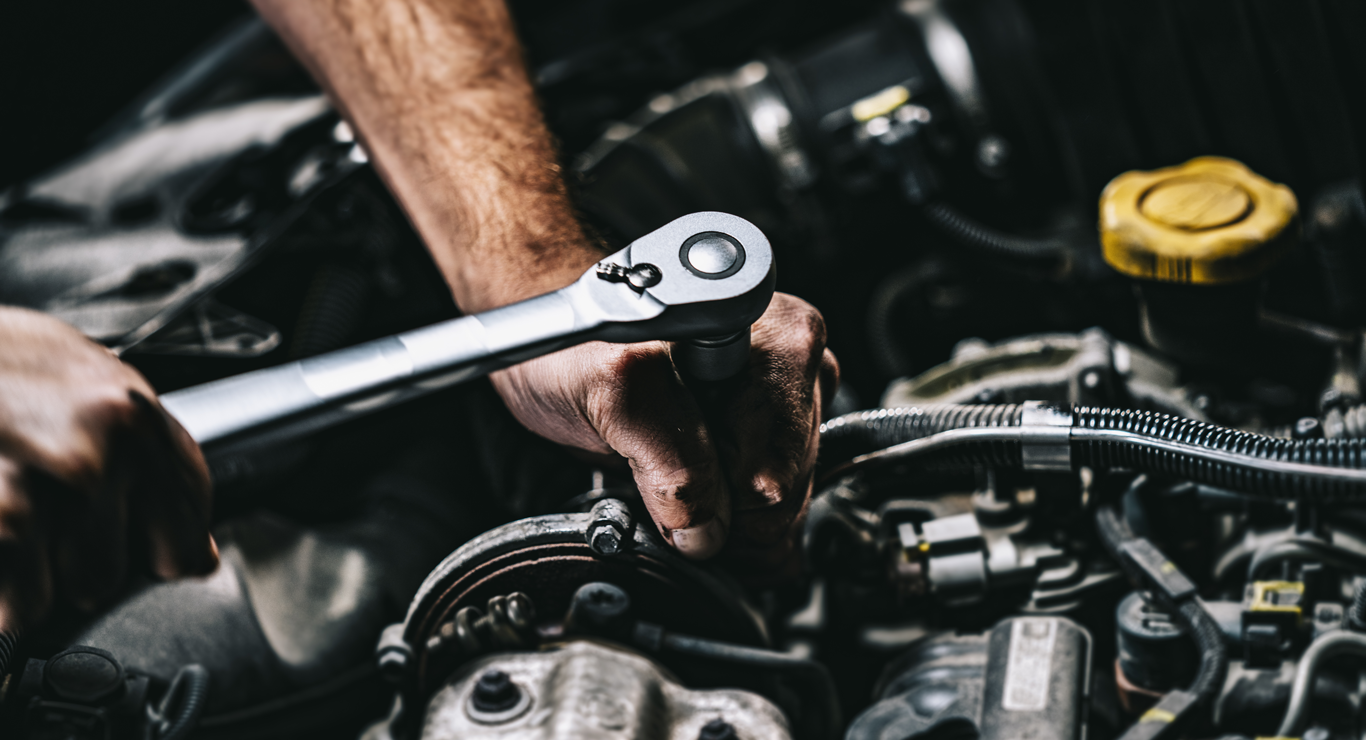 To really get the most out of a vehicle, it is necessary to intervene with reprogramming on the engine control unit for lower consumption or greater performance.

However, with interventions also to the gearbox control unit (TCU), vehicle processing becomes truly complete and optimized to the maximum: part of the performance limitations are inserted in the TCU, therefore, on important processing, it is also necessary to modify the control unit. gearbox to develop 100% processing. 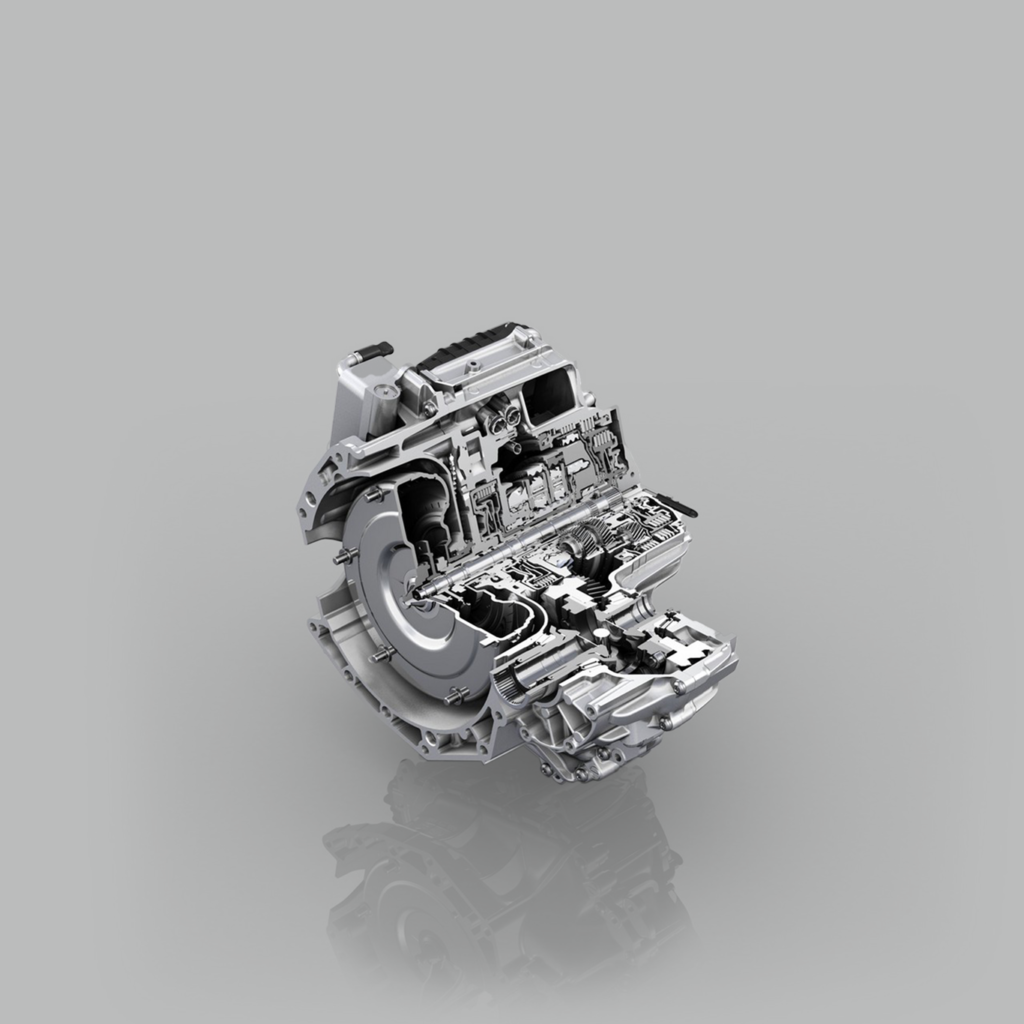 One of the latest gearboxes produced by the German manufacturer ZF: it is a 9-speed torque converter gearbox, designed for transverse engines. It is equipped on many vehicles of different brands including FCA, PSA, Jaguar / Land Rover, Nissan and Honda.

One of the peculiarities of this gearbox is certainly its lightness and small size, which allows it to be mounted even on compact cars. The operating principle is very similar to that of the ZF8: also in this case we find a hydraulic torque converter and planetary units interspersed with lamellar packs for the variation of the transmission ratio, all managed by an updated mechatronics that guarantees smooth operation. and accurate. 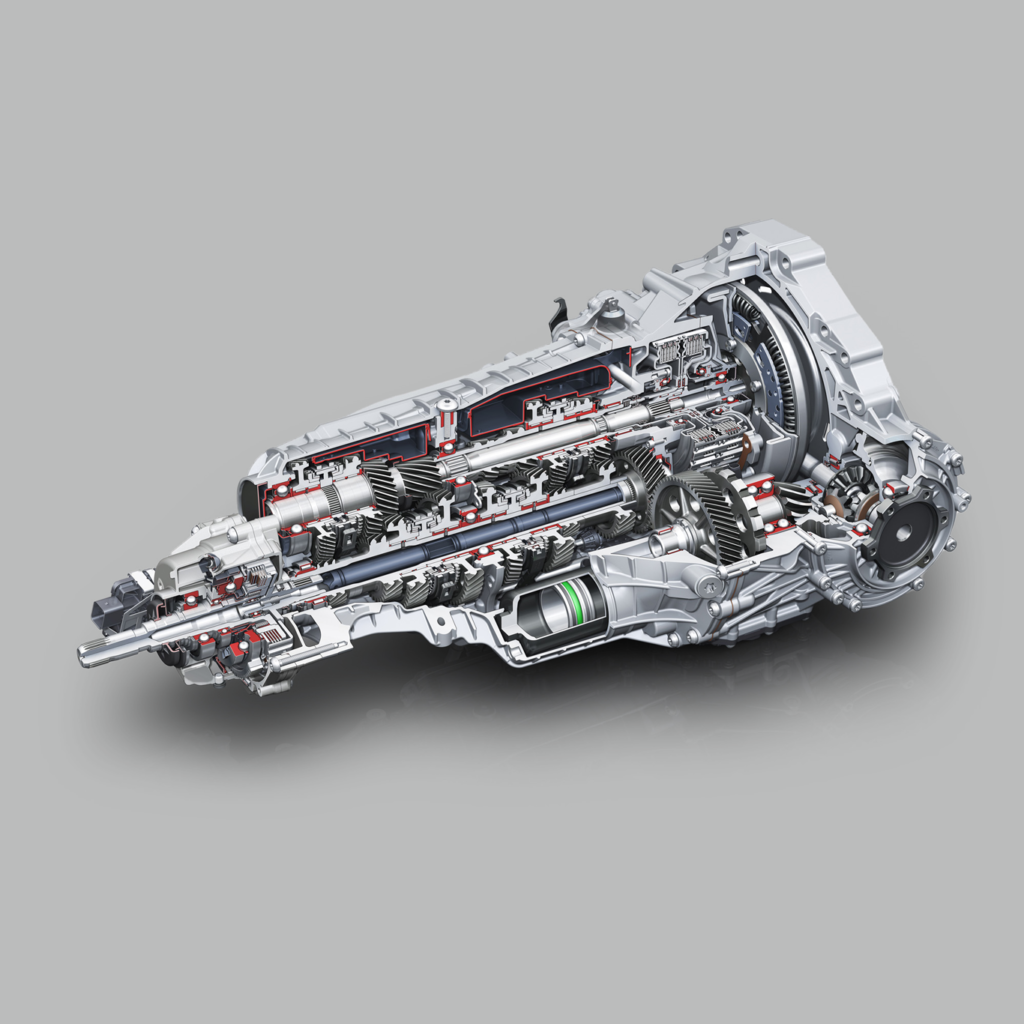 When we talk about dual clutch transmissions we immediately associate this concept with the DSG gearboxes made by VW. This is because, thanks to its almost twenty-year presence on the market, it now boasts an experience in this area that is difficult to achieve for all other manufacturers.

Common to all DSG gearboxes is the use of a dual clutch system connected to two primary shafts on which the various gears are distributed, and which allows, having both shafts with the gear engaged, a high speed upshift and downshift.

In this case the gearbox is a seven-speed, designed for longitudinal engines (hence the wording “DL”).

It was founded in 1915, by the will of Ferdinand Von Zeppelin (the same Zeppelin famous for airships), as a manufacturer of gears and mechanical components for transmissions used for aircraft, cars, bikes and ships.

Thanks to over 100 years of experience in the mechanical industry, today ZF is at the top in the production of automatic transmissions and equipped with many vehicles on the automotive market.

Not surprisingly, when it comes to automatic transmissions, ZF is always synonymous with reliability! 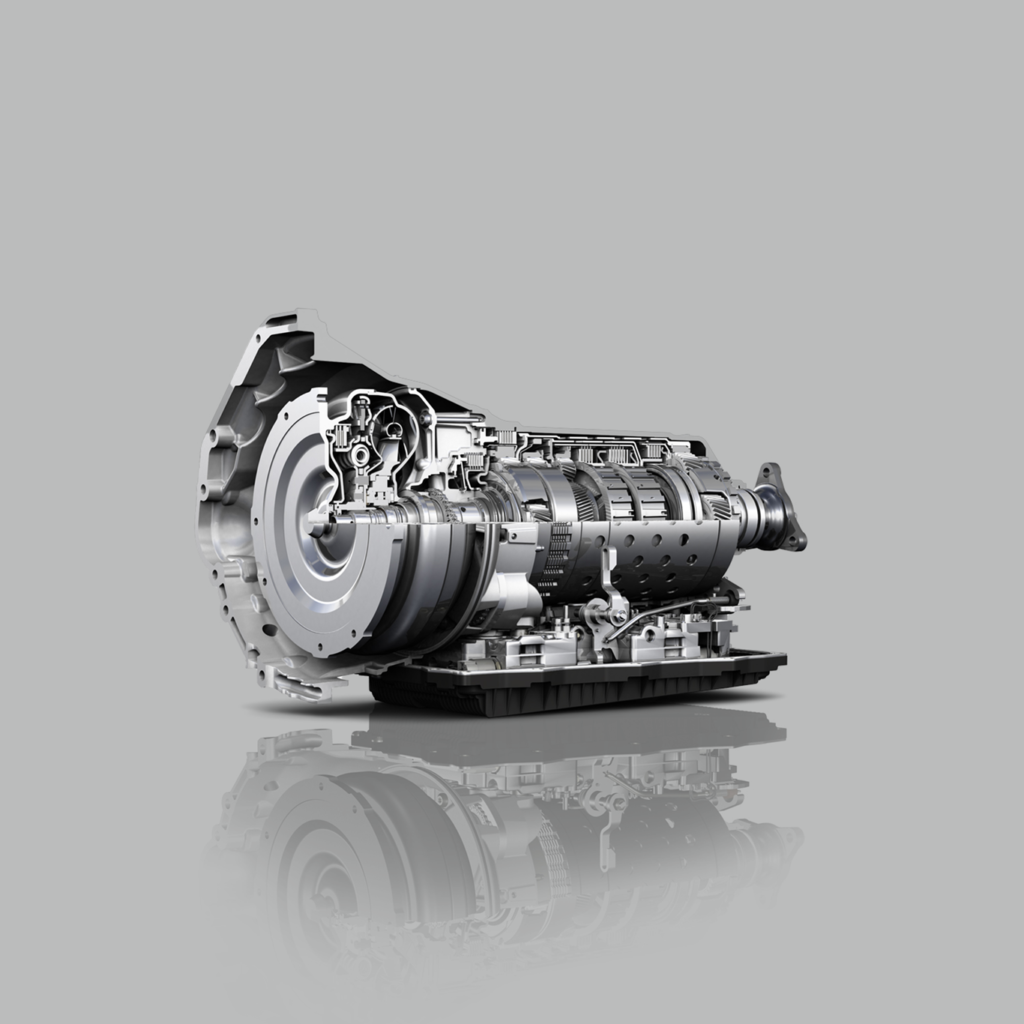 The ZF8HP automatic transmission is one of the most popular: installed on medium and large engine cars, its excellent reliability is a guarantee for manufacturers. There are several versions of this gearbox whose difference, on a structural level, allows to withstand more or less torque depending on the model.

In the case of BMW, in this specific release we have: ZF8HP45: maximum torque 450Nm for petrol versions, 500Nm for Diesel versions

The main prerogative of this gearbox is that it totally differs from a “traditional” transmission, because the various gears are managed by epicycloidal groups, particular elements composed of 3 components: sun gear, planetary carrier (and gears) and ring gear.

Every single group is alternated by clutch groups, which allow, by braking these components, to switch between one ratio to an another by combining the various planetary groups. To ensure that the gear change takes place, there is an electronic management that acts on the solenoid valves that make these clutch groups move, in order to switch between one gear and another.

To improve the performance of this gearbox, it is possible to modify the torque parameters, the time maps – which act on the clutch packs – making shifting less comfortable as the shifting times decrease – and the shifting speeds.

Thanks to the new boot and bench mode protocols you will be able to intervene on this transmission by carrying out repairs as well as optimizing the operating parameters of this gearbox. Adjust the torque limitations, the shift timing parameters and the shift points to make it even faster and more efficient at each gear shift!

It is a 6-speed Aisin B-600 gearbox mainly equipped on Hyundai and Kia with V6 Lambda engine and rear-wheel drive.

Also in this case, we have a torque converter gearbox designed for longitudinal engines, which from today thanks to the 1379 protocol will allow you to intervene in Boot Mode even on these Hyundai Kia TCUs!

It is the right time to invest in your profession.

Dedicated days to deepen your knowledge in the automotive sector and electronic processing. Theoretical notions, practical examples, and above all real cases to start working immediately and independently. We give new vigor to your business, giving you the know-how to be competitive, reliable and fast in every service you offer.

An Alientech technician will follow you step by step during the training days, to explain in detail every technical detail and, above all, will answer all your questions to clarify all your doubts.

GO TO THE CALENDAR >> 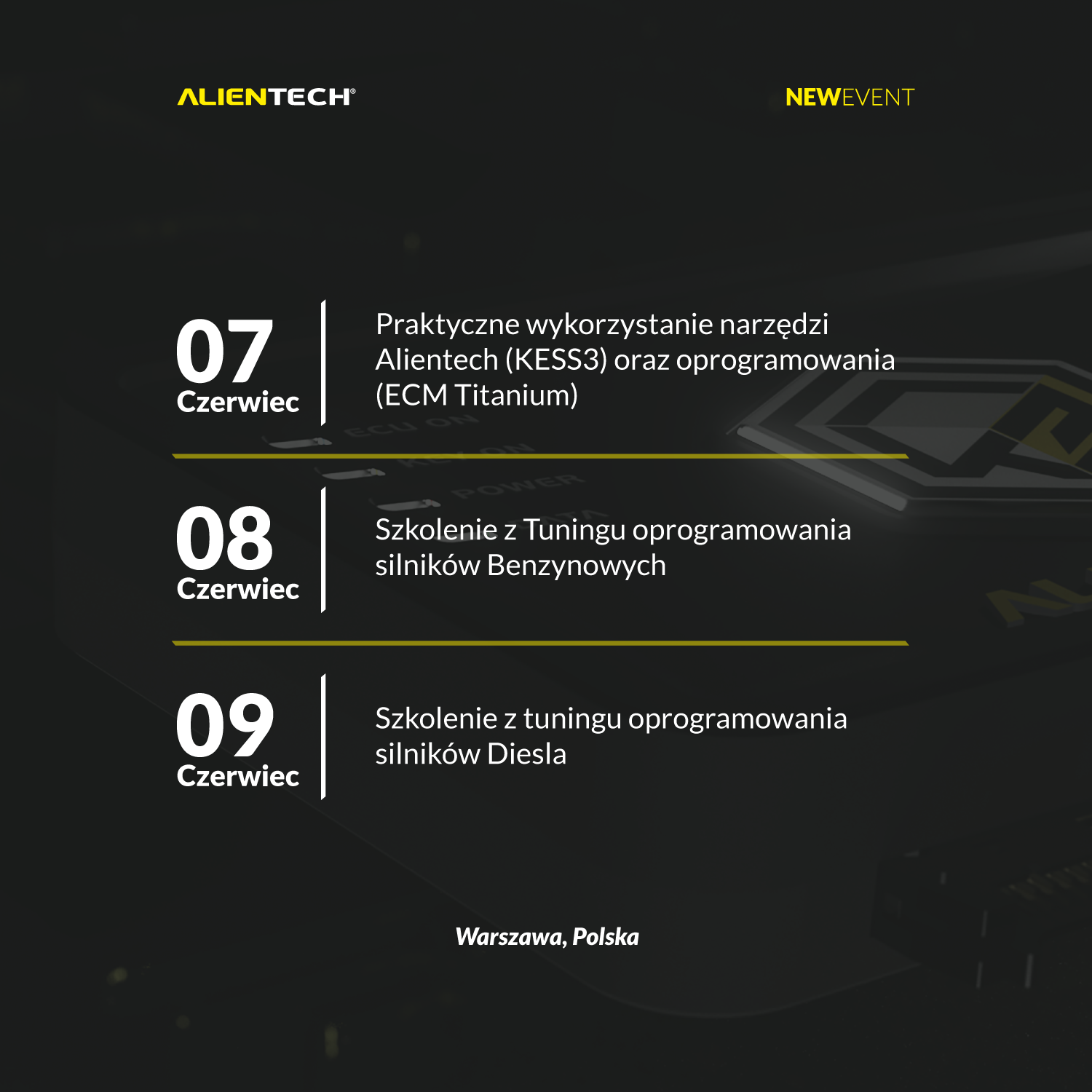 Automechanika Istanbul is about to begin!
We are waiting for you in Hall 14 A145 - from 2nd to 5th June.

Alientech will be present, together with MetaDiag, in Istanbul, for the important Automechanika event.

A highly anticipated event which will certainly be attended by the most important automotive companies. We will be there too and you can come and visit us to find out all the news on Alientech, including the brand new KESS3 tool! 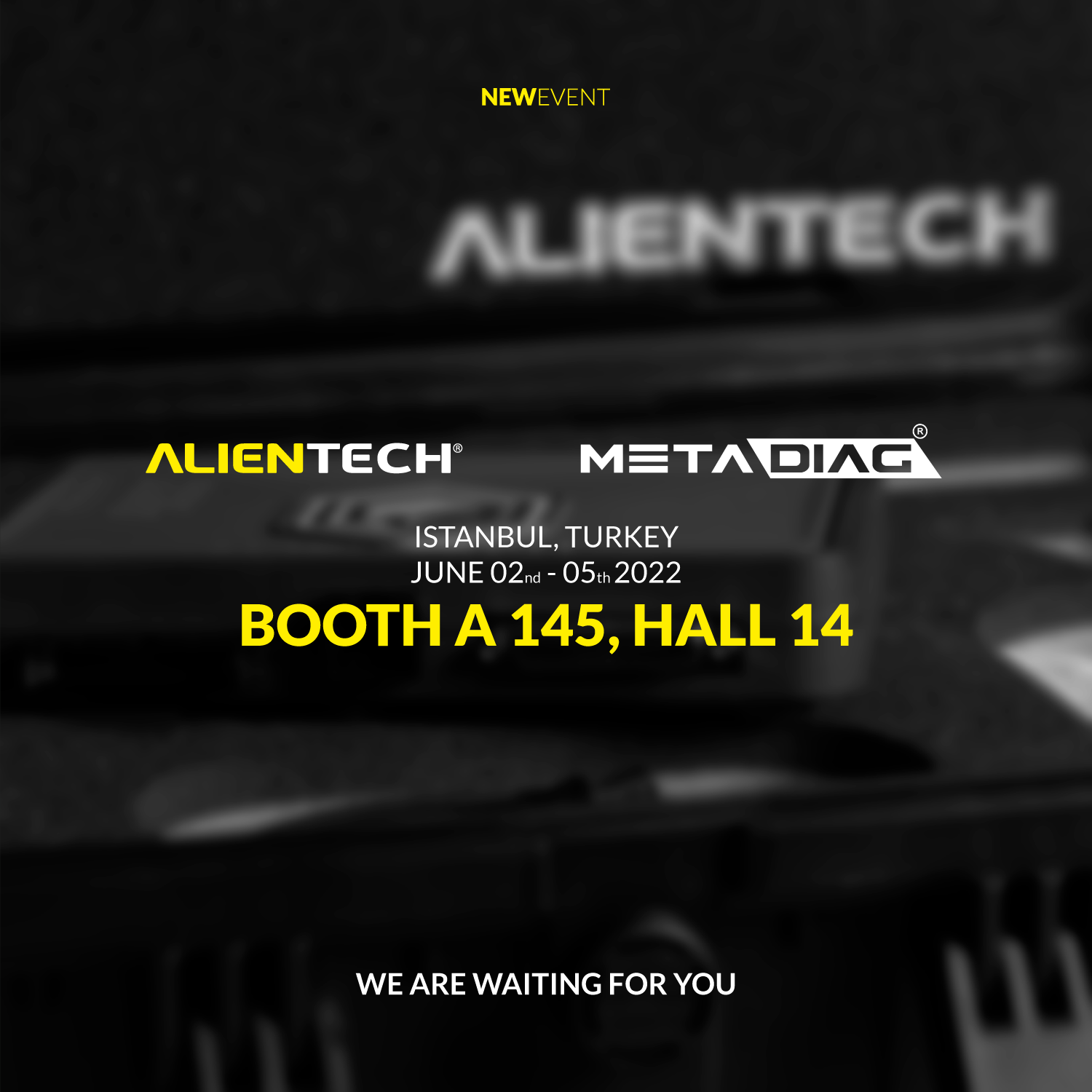 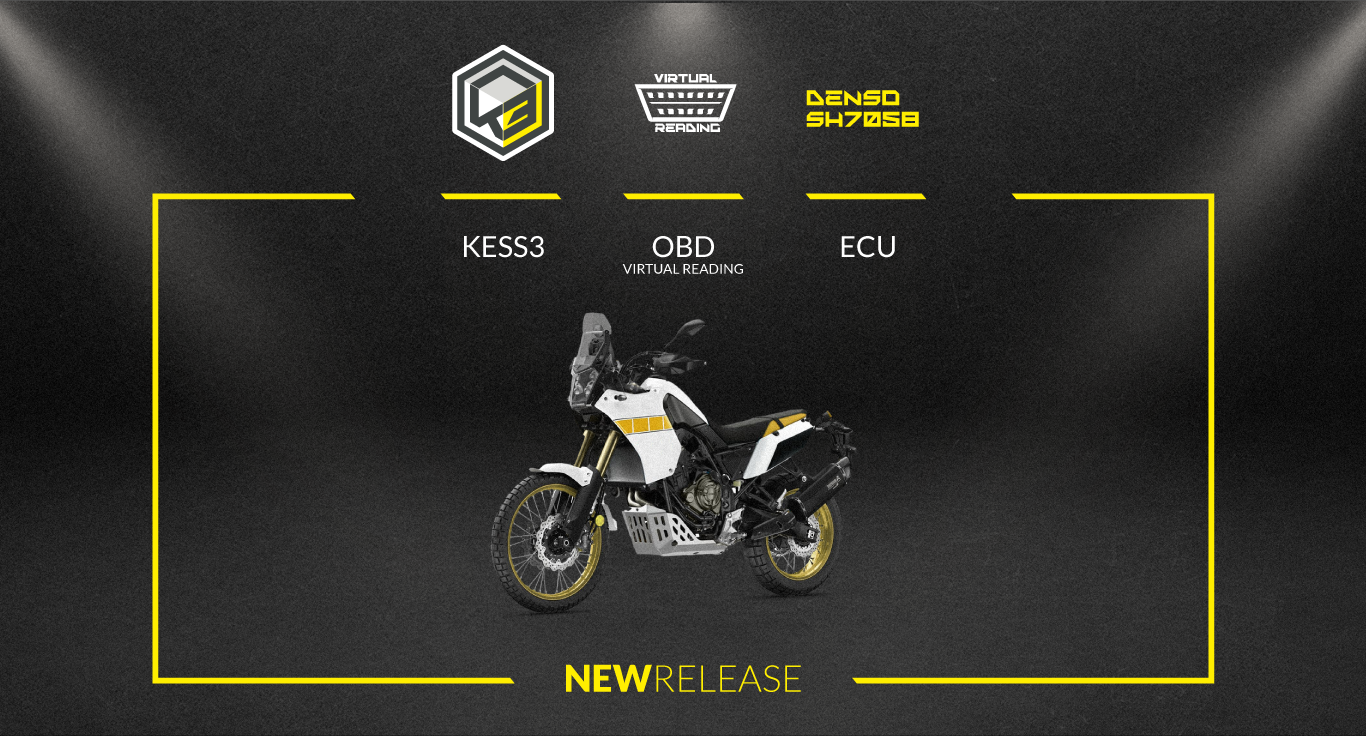